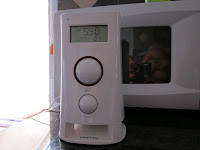 
By the way, our other AM all-news station, 1010 WINS, still plays the teletype-ticker-tape sound effect in the background during the newscasts. Anyone else out there have this? I find it pretty hilarious.
Posted by Neil at 12:30 PM No comments: