Power still out since Sunday 2AM. There was still enough hot water left this morning for a quick warm shower. Candles working well, thanks to Jill's intelligent use of aluminum foil. The oil lamp has become more than a decoration. Special thanks to P&T Surplus in Kingston, NY for the amazing LED flashlights. I collect radios, so we have had plenty of battery power for news and music. Cell phones have remained charged, and we still have some laptop battery life left, plus Internet service through my phone. We cooked about 10 meals worth of defrosted meat last night and put back in the fridge with ice bags. The weather has been cool enough that we're comfortable at night. Can't wait for the power to come back on though so I can buy some ICE CREAM! Our thoughts out to Lee and Dawn who sustained some damage which will keep them off the grid for awhile.

You see, because of all of the hype (some say over-hype), we were ready.  We froze lots of water bottles in advance.  Didn't buy any perishable food starting earlier in the week, and picked up only shelf-stable things.  Why do we still have hot water?  Because we have ONLY used it for quick showers.  If you have a tank water heater, it will keep the water at least warm for a few days.  We made sure we had more than one phone charger for the cars, so the phones could be recharged.  I have a campstove.  Just a small butane one (like the ones they sell in the gourmet shops).  A quick trip to Chinatown Thursday netted 4 extra cans of fuel.  I know it's hard to believe, but candles were once used for lighting.  No, they are not as bright as your Gucci torchiere, but along with something reflective, they throw more light than you think.  The grill has a full tank of propane too.  You'd be surprised what you can cook on a gas grill if you need to.  I intend to bake on it tonight or tomorrow if the power is still out.  Some preparation and common sense is all you need.

I cannot believe the idiotic remarks over at LIPA's Facebook page. People downright cursing and screaming about them not doing their job, and not being prepared. How do you prepare for this? Oh, yeah, that's right. Build a big dome over Long Island. Someone suggested burying the wires. OK dude, here's a shovel. Start burying. If it was that easy, it would have been done. Others saying that the trucks and crews should have been in place BEFORE the storm hit. Well, that one is interesting. I think you would need a psychic to tell you where to put them, and some suicidal maniac crew members.

A bunch of other people asked if they were going to be reimbursed for the days they were out. Hello? You don't SUBSCRIBE to electricity. You USE it. If it is off, then you aren't using any. After that, the cost of food thrown away was mentioned. OK. You KNOW there is a hurricane possibly coming. What do you do? Buy LOTS of perishable food? NO! Run down the fridge. Cook what you can. Get a cooler. Freeze some water bottles and 2-Liter soda bottles filled with water. Be ready folks. Last I checked Long Island looked like a bad place to be in bad weather. This is nothing new. Winter and summer here are like this. Don't want hurricane weather? Tired of snow? Move to Oklahoma. I here it's safe there. No really. Trust me. Tornadoes hate trailers.

Some more discussion was about how ConEd was doing such great job compared to LIPA. Ummm... ConEd has mostly buried electrical service. Plus, the storm hit not that far from the Queens-Nassau line, meaning everything to the left of that line got lots of rain, while we got wind. LOTS of wind. Why were the crews not out immediately after the storm left? Well... the wind folks. The wind continued for hours. Last I checked being high up in a bucket truck in a 60 mph gust was not something that many people can manage without becoming a projectile themselves. Dorothy, Dorothy! It's a twister!

We will continue to camp out in the house till the convenience of electricity returns. In the meantime... read up on how the electric grid works, why you should prepare for bad things, and HOW MANY 500,000 really is. End of lesson.
Posted by Neil at 10:20 AM 2 comments:

A web of lies (how NOT to rent an apartment) 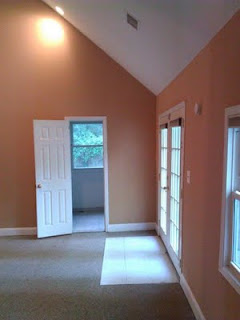 I've been wanting to tell this story for awhile. I think now is the time to get it all down for the sake of remembering, learning, and helping to prevent others from getting in a situation like this.

Jill and I were renting an apartment in East Northport from a great landlord. The apartment was in a nice private house, in a great neighborhood, walking distance to the train station. It was a huge two-bedroom with two full baths, a laundry room and lots of storage. The only complaints we had were the tiny kitchen, and a funky entryway which made it hard to move large things in or out. Otherwise, great apartment, and great landlord.

Unfortunately, our apartment got targeted by the Town of Huntington rental enforcement people. Even though, it had the required number of exits, many large windows, smoke and CO detectors, a range hood, and everything else it needed for safety regulations, It was one of three apartments in the house, and local zoning laws allowed only two. The landlord contacted us about the inspection and told us we might need to move.

He was very fair. We got our whole deposit back in advance of leaving to assist with finding a new place, plus some extra dollars for moving expenses. He gave us 60 days to leave. Further confirming that he was a good person, and a quality landlord.

We found an ad for the place pictured above.