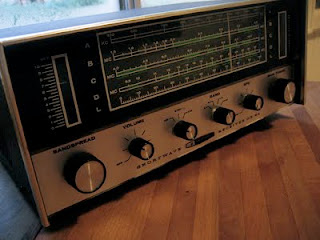 This is my next..

The former editors at Engadget who have left over the last couple of months have a temporary home to publish their reviews and editorials until they get their all new site up this fall. For now you can read posts from Joshua Topolsky, Nilay Patel, Paul Miller, Joanna Stern, Ross Miller, and Chris Ziegler at This is my next .com

Good luck everyone! Can't wait to see the new site
Posted by Neil at 4:38 PM No comments: 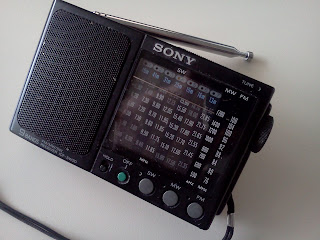 Dad had this radio from then, till he passed away in December 2009. It was his main radio. I saw it on his nightstand, in the bathroom, and on trips back east to visit us. Even with all of the selling and swapping I've done lately with my radio collection, I will never get rid of this radio. To me it was an acknowledgment from dad that my interests in radio were appreciated, and is a memory of the man I miss. It currently lives on my desk at work, sometimes called to duty for news, and music. Thanks for the radio Dad! I'll pass it down the line someday to Alec.
Posted by Neil at 1:07 PM 7 comments: