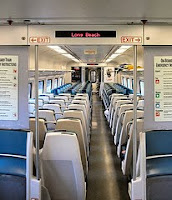 Here is my reply:

Photo: David Reeves, Flickr
Posted by Neil at 9:39 AM